Skip to content
A day at the Garden to see men with super hot bodies, in skimpy tights wrestling.  Yes baby!!!!  What bad girl doesn’t like to see bad boys duke it out in a crowded arena?  Yes! Lady Gaga is performing at the Garden, I could have purchased tickets to a Knicks game, but WWE’s Raw was in town.  I packed-up a fake intercontinental championship belt, in the middle of a blizzard, and made my way to Madison Square Garden.
The first time I went to the Garden, I won tickets from a writing competition through the NY Daily News.  I was about 8 years old.  I remember waiting for my mailman, Melvin, to arrive with the tickets I had won.  I wore a rabbit fur the night of the concert.  My dad and I took the train down to 34th Street and saw Micheal Jackson’s Bad Concert Tour.  It was amazing!  Years later, I’m back at the Garden cheering for Randy Orton, The Miz, John Cena, Mark Henry, Santino and a few other wrestlers.  I felt nostalgia seeing Roddy Piper and Tito Santana. 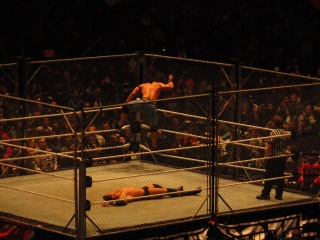 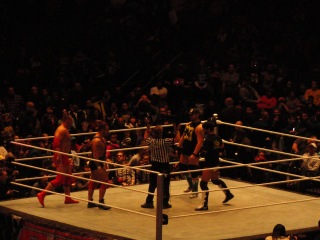 Travel to Trunk Bay Beach on the island of St. John which is part of the United States Virgin Islands!
The most outgoing introvert you’ll NEVER see. Bitch, I’m an urban legend. If you never see me, do I really exist????
Our road trip to Niagara Falls was longggg, but AMAZING! We celebrated Rain’s 19th birthday, ate a lot, argued a little, laughed ‘til our bellies hurt all while building a stronger bond. I couldn’t choose better companions to travel with through all of life’s journeys. I love them both oh so very much! ❤️❤️❤️
Snow Day 🌴🥥☀️🥰
Happy 2021, Junkies!!! Did you miss me like I missed you? 😘
CHAPTER 40 ♏️
Don’t wake me, I’m dreaming 😌
Also known as West Bay, Tabyana Beach is located on the beautiful island of Roatan, Honduras. The beach is absolutely breathtaking. It’s probably on the list of one of the most beautiful beaches I’ve been on. With plenty of bars and activities available on the beach, you will truly experience what it feels like to have your tropical dreams come true. Click the link in my bio to read my full blog ❤️
It’s day 2 of our 7 day cruise aboard the Carnival Glory. We missed dinner in the main dining room our first night of the cruise, but we were able to have dinner in the main dining room on the first formal dinner night. Visit my YouTube Channel: Miss Metropolitan Junkie to watch the full video 🙃
%d bloggers like this: