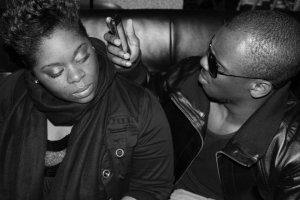 ﻿You’ve been dating for years. You started a beautiful family together. You are the greatest support behind his success. You are who he comes home to at night. But, outside of close family members and friends, no one knows you exist. You are his best kept secret. He treats you like the most important person in his life when you are together, but when the cat’s away, the mouse will play. You find that a female is calling his cell phone at odd hours in the evening. You respect his space, but you begin to recognize that your man is behaving suspiciously. One morning while he is in the shower, his cell phone rings and you decide to answer.
“Hello?” You ask.
A woman’s voice responds asking for her husband, she in turn asks who you are. You let her know that you are his wife, but she denies your response. She is willing to give solid evidence that the man you call yours is truly indeed hers. You hang up the phone in disbelief. That one phone call is the opening of the flood gates to the truth of who you are and what you truly mean to “your man.”

It hits hard when you find out that the other woman has spent time with his family for holiday dinners and social gatherings. His friends have sent wedding and birthday party invitations for “your man” and his other woman. Later you discover that he has a child close in age to the child you and him share. It’s almost as though one discovery is the map that leads to all truth. Once someone discovers a piece of information, it pushes them to find more – unraveling a web of lies and deceit. All of the years of thinking you are his main woman, you find out that you are a complimentary side addition to his magnificent world of adulterous behavior. Feeling emotionally invested, you’re now in the midst of a battle within yourself. You don’t want to leave, but it is unbearably difficult to stay. What choice do you make? Do you leave or do you stay?