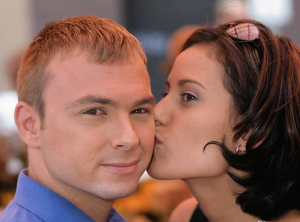 Casual, sexual relationships are part of the game for some. It’s like the Prince in the fairy-tale, Cinderella. A few women had to try on the slipper before he found his princess. Sleeping with a lot of people isn’t going to help you find the perfect mate, but abstaining from intimacy isn’t going to help you either. At some point in your life, you will find yourself in a casual, sexual relationship with someone who will do for the moment. Old schoolers call it a “booty call,” but today it’s more known as a “jump off.” As a woman, I know that good sex often clouds our minds and sometimes causes us to fall in love. We end up in sexual relationships where we are doing any and everything for a man. You decide you want more with him, and he either fills your head with false hopes of a future relationship or he easily reminds you to play your position – where there is no hope for a promotion. At some point you find yourselves becoming distant and before you know it, the relationship is over. Disappointed, you feel as though you’ve given this man so much of you while you walk away with nothing.

The lesson I learned is that part-time employees shouldn’t get full-time benefits. In the corporate world, you have to put in a certain amount of hours before you can enjoy the perks of your position. If a man doesn’t put in the work, he shouldn’t be entitled to the pay. If you’re not o.k. with being a jump off, don’t give him benefits. The boyfriend gets the benefits and the jump off gets a sample of what the boyfriend gets. As a jump off, save all the extra tricks for the guy who gives you what you want. Don’t do something for nothing. Men will tell you exactly what you want to hear to get what they want. I, sadly, respect the asshole that tells me straight up what he’s in it for. At least I know what I’m getting myself in without being strayed towards a path that leads nowhere.

I learned that in any relationship, whether committed or not, I deserve to have my needs satisfied just as he expects to have his needs fulfilled. It’s not about money; it’s about my self-respect and pride. In the game of love, not a lot is fair. But when you learn to play the game, you are more likely to come out the winner. Don’t ever give more than you’re receiving.  No matter how satisfied you are  in the bedroom, if your heart is not being satisfied, learn to walk away or play on a leveled field. If you’re lucky, you’ll get a few good minutes of passion, but a discontent heart can horde years of emptiness. Love yourself enough to not put yourself through such torture. You deserve more!
-Miss MJ xoxo

Travel to Trunk Bay Beach on the island of St. John which is part of the United States Virgin Islands!
The most outgoing introvert you’ll NEVER see. Bitch, I’m an urban legend. If you never see me, do I really exist????
Our road trip to Niagara Falls was longggg, but AMAZING! We celebrated Rain’s 19th birthday, ate a lot, argued a little, laughed ‘til our bellies hurt all while building a stronger bond. I couldn’t choose better companions to travel with through all of life’s journeys. I love them both oh so very much! ❤️❤️❤️
Snow Day 🌴🥥☀️🥰
Happy 2021, Junkies!!! Did you miss me like I missed you? 😘
CHAPTER 40 ♏️
Don’t wake me, I’m dreaming 😌
Also known as West Bay, Tabyana Beach is located on the beautiful island of Roatan, Honduras. The beach is absolutely breathtaking. It’s probably on the list of one of the most beautiful beaches I’ve been on. With plenty of bars and activities available on the beach, you will truly experience what it feels like to have your tropical dreams come true. Click the link in my bio to read my full blog ❤️
It’s day 2 of our 7 day cruise aboard the Carnival Glory. We missed dinner in the main dining room our first night of the cruise, but we were able to have dinner in the main dining room on the first formal dinner night. Visit my YouTube Channel: Miss Metropolitan Junkie to watch the full video 🙃
%d bloggers like this: